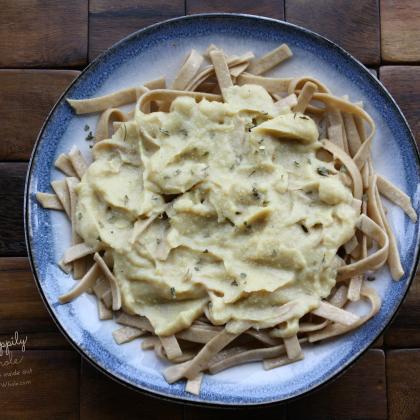 There are some things we simply don’t often consume in the Oldham home. Of course, I give my best crack at making over unhealthy recipes and concocting my own clean-eating versions. Sometimes, though, it’s just not the same as the real thing. So instead of pressing the issue of, let’s say, my girls’ favorite kind of cupcakes with my homemade maple buttercream, we simply savor the real thing only once in a while.

Another one of those rich, indulgent foods I scarcely serve is pasta with alfredo sauce. With heavy cream, tons of butter and cheese, it simply isn’t the nutrient dense kind of option I often consider worthy of our weekly menu (or monthly for that matter).

But the thought of its comforting, creamy texture and how it lights up the satisfaction centers in my brain put me on a mission to create a clean-eating, real-food counterpart to my craving.

After a couple tries, it turned out! I even had a taste tester here to tell me it was true! And the final verdict was VEGAN! That means it contains NO cheese or cream at all. (Although I did make it again with ghee—which is just as healthy, just not vegan.) Can you believe it?!

Now we can all enjoy a creamy, white, delicious topping for pasta without a second thought…well, my second thought is to simply eat this stuff off the spoon because there’s nothing wrong with another dose of cauliflower!

A white, creamy pasta sauce with NO dairy, NO processed ingredients NO bad fats, very low calorie, an extremely low glycemic index (it keeps your blood sugar stable while consuming) yet very HIGH in cancer fighting nutrients including vitamin C, K and folic acid!? Can it be true? Yep! Don’t question it, just enjoy it!

*Cooking the cauliflower: I put it into a steamer pan and allowed my chopped and cleaned cauliflower to steam until soft enough to poke with a fork. If you cannot steam it, you can put it into a pan with some water on the bottom. You'll just have to drain the water off before you begin the rest of the recipe.

**One of my daughters liked the final product better after I added a little more garlic flavor by sprinkling a bit of garlic powder on top. 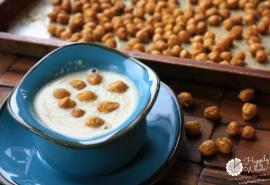 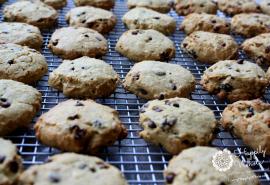 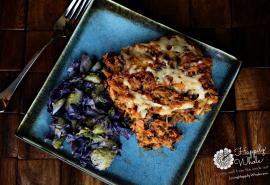 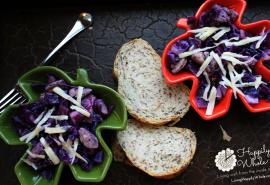